Began with a stirring in the hearts of Richard and Elizabeth Gonzalez for the city of Worcester. Born out of the Net of Compassion ministry (a four year old movement based in the city of Worcester which feeds the homeless and addiction sufferers ), they sought to plant a local community of faith impacted and informed by the drive of Passion.

With a small group of believers, that vision took flight in 2016, as small gathering began in a small Café in the city. The desire was to foster a family of believers connected by a common faith, on mission in the city and the world to amplify the name of Jesus.

And that’s exactly what happened. Our first gathering was held on December 3, 2016, in Worcester, MA at the new location in main street. From there, God faithfully provided, and we have been on a mission on worshipping God and bringing to him all the souls in need of his Love and salvation.

The Bridge Church remains a place where the gospel is central and Jesus is always the lead story. We are a Jesus church and want to gather in worship and scatter to shine His light and love throughout the city of Worcester and beyond.

We are: Restorers of Broken Bridges.

Our Statement of Belief

We live in shifting times, but are rooted in eternal truths, the teachings of Holy Scripture. Here at The Bridge Church, we are guided by certain foundational beliefs and shaping values. Our theological foundations include, but aren’t limited to the following statements of belief.

The Bridge Church is affiliated with Dove International. 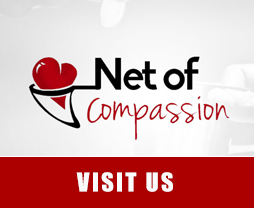